I’ve had the privilege to train, coach and ride with some outstanding Mountain Athletes.  Their commitment and effort to being the best at what they do and single-minded focus to achieve their goals is truly inspiring.  After reading the bios be sure to check out their personal websites and subscribe to their blog/twitter feeds to offer support and follow their competition progress all season long. 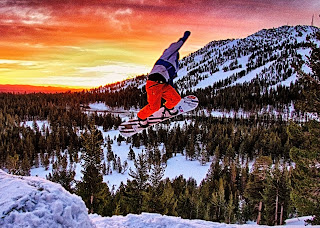 Testemonial:
Jb has been with me for many years helping me not only with my riding in the beginning, but now is overseeing my physical training in the gym. My work-out sessions prepare me for the rigorous demands of competition and have helped me maintain my condition all season long.  In the past two years I noticed increases in strength and stamina, and a boost to my mental focus during competition.  There is a definite improvement in my riding directly related to the additional strength gained from my time spent in the gym.  Anyone looking to perform at the top of their game and achieve their goals needs a trainer/coach guiding them along the way like Jb has done with me. 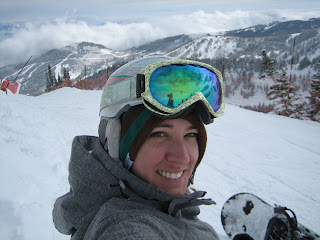 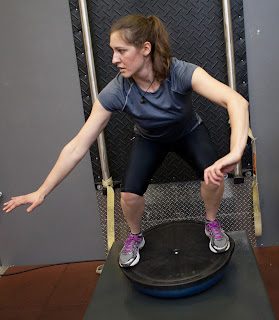 Bio:
I fell in love with the mountains while spending time in the Chilean Andes during high school (where I also learned how to snowboard), and pursued my passion for geology and the environment as an undergraduate at Princeton. I earned my Ph.D. in environmental geochemistry at Ohio State in 2008, and moved to Pittsburgh to work on shale gas, carbon sequestration, and geothermal energy research at the National Energy Technology Laboratory, a U. S. Department of Energy laboratory located in the South Hills. After an 8-year break in snowboarding (due to school responsibilities and location limitations), I started riding again during the 2008-2009 season. Although thrilled to be on a snowboard again, a couple of seasons after being re-introduced to the snow I felt like I needed a focus for my riding.

This desire for a focus coincided with the 2010 Winter Olympics, which introduced me to Boardercross racing. The intensity of the course, incredible speed of the event, and strength of the riders totally fascinated me. Though I’d never competed before (and honestly didn’t even know how to carve very well or had ever hit a jump at that point) I made plans to participate in my first race during the 2010-2011 season.  A mutual friend recommended Jb’s coaching, and I started training with Jb two weeks before my first competition. His instruction during practice and race events prepared me for my local races, and resulted in my qualifying for USASA Nationals during my rookie season. Continued training with Jb both on the snow and in the gym prepared me both physically and mentally for competing in the 2011 USASA Nationals Boardercross races at Copper Mountain, where I placed 4th overall in the Senior Women’s Division. During the off-season and pre-season, Jb developed a weight and conditioning training plan focused on building strength and speed for the snow that incorporated my other off-season activities (yoga and dance), and has me ready for this season’s riding and upcoming SBX races.