The regular race season ended up being much shorter than usual with my relocation to the East Coast to work as Snowsports School Director for Seven Springs Mountain Resort.  The winter didn’t really get going until early January and ended quickly in early March.  The USASA Appalachian Series only had one weekend of racing at Massanutten in Virginia.  I was lucky to get time off to make the 2nd day of competition and qualify for Nationals.  Big thanks to the App Series for running the event even though it was pouring down rain all day.

As usual, I was paired up with some different classes (1 Masters and 2 Open Class racers) during the day’s races.  I like mixing it up with younger age groups as it makes me ride better and it’s a good challenge.  I finished 3rd in the first race and won the second, which really meant 2 first place finishes since I was the only Legend racer.  The course was in pretty good shape and had a lot of features considering the lack of snow available to build with.

Fast forward to USASA Nationals, I arrived at Copper the week before to coach a few athletes during the Rocky Mountain Series sponsored practice days.  Julia Tidwell was making her first Nationals visit (Julia later won Gold in her race!) and Mel Diaz qualified for his first season competing in the Open Class.  We had awesome snow and course conditions for practice all week and both athletes did really well with the concepts and skills we focused on during training.  I enjoyed working with both athletes and added some extra fun to their experience by introducing them to Nationals’ traditions like the pre-race lasagna dinner.

Race day was super-sunny and warm, and though the snow got slower throughout the day (if you had the wrong wax!), the course was in good shape for the entire competition.  I qualified with the fastest run (64.10) in time trials by .14 seconds, which meant I got first gate choice for heats and finals.  My focus going into the first heat was to pull harder out of the gate, get better/faster and keep hitting my line through the course.  And with how I handled the first feature in time trials, there was plenty of room for improvement. 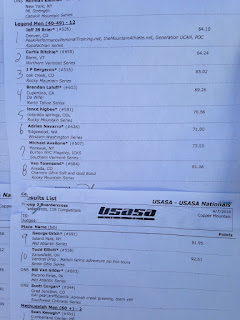 I won the 1st heat with a much cleaner run and kept the same focus in mind for finals.  I felt like I was getting faster with each run and wanted to continue improving.  It helped that my board had the perfect wax prep and was not affected by the changing snow conditions (thanks Purl Wax!).

In finals I started to pull away over the backside of the 1st feature and kept pushing.  Whether I win or lose, I want to have a better run than the previous one.  I crossed the finish line first for my 3rd Nationals Championship victory in the last 4 years. It was a good day of racing and cool to have such a quality level of competition where everyone was pushing each other to ride faster each race. 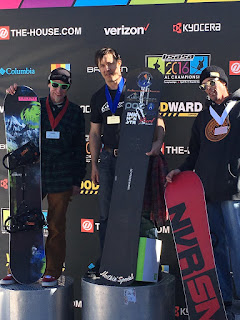 I am extremely grateful for the support I receive throughout the competition and off-season.  Generation UCAN is my main fuel source for training and on race day.  The consistent quality results are the reason I make this part of my performance nutrition plan.  If you’d like to experience stronger training sessions and competition finishes I highly recommend trying UCAN (click here to get 10% off).

Purl Wax is my wax of choice and I was really impressed with how fast my board ran with the wide variety of snow conditions I rode through on race day (from frozen in the AM to soft spring snow in the PM). 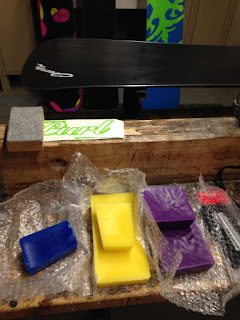 I use POC body armor, helmet and goggles (and sometimes gloves) during my races.  Having such good vision and protection gives me a lot of confidence to push faster each race. 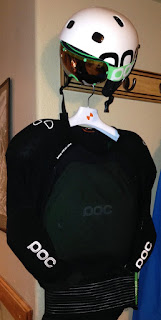 With such limited on-snow time this year, I don’t need a break, so I’m already into my off-season training routine and looking forward to some mountain biking in the Front Range.  It’s definitely nice to be back in Denver.

Posted by theMountainAthlete at 10:35 AM