Snowboard off-season is long here, lasting from mid-March often to early December.  The good news is it gives me and the athletes I coach a ton of time to train and get stronger, faster and more mentally tough for the new competition year.  I got back from Nationals in mid-April and started my off-season training at the end of the month with an initial combined goal of increasing my overall strength and getting my weight up to 200# (I started at a very lean 183#).  It worked out that I could fit 3 different training phases into the off-season and I immediately got started lifting, eating and sleeping.  Each phase would become increasingly difficult and more challenging, so no time for messing around.
As Phase #2 started, I was up in all my lifts and had gained 9 – 10 solid lbs.  It’s about this time that I realized I still had 5 months left and was a long way from snow and even farther away from Nationals (8.5 months).  It’s easy to get excited about gains/results and lose focus, trying new exercises, working out too much (no recovery), etc. in an attempt to make even more rapid progress.  This usually ends up in overtraining and/or injury instead of success, where you often loose some of what you’ve earned in the process.  Having to sit out a month or two due to sickness/injury was not an option and I needed to get grounded and just follow the plan, continuing to bring the same effort and intensity to every training session day after day, after day, after day.

Early in Phase #2 was when I first thought that it would be great to grow a NHL Playoff-style beard as part of my recent commitment to consistent, long-term effort and performance.  Unfortunately a stout beard is not in the cards for me.  Then during a set of heavy deadlifts the Mohawk image came to mind.  It seemed like a perfect match for the intensity of training I was putting into my workouts.  With growing a beard out of the question and no immediate interest in getting a tattoo, my desire to have an outward symbol of my inner commitment and dedication led to the Mohawk. 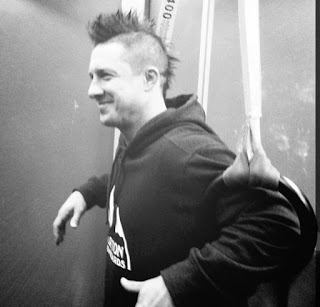 I did a little research on the history behind the Mohawk and discovered a few interesting facts, the most eye opening one being that the Mohawk didn’t shave their heads to achieve this look, but instead pulled out small tufts of hair.  The traditional hairstyle started out with 3 braids located on the back of the head often decorated with eagle feathers. 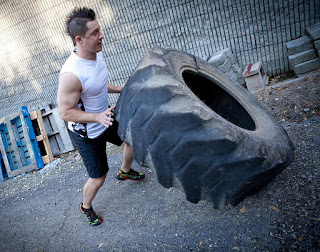 This hairstyle was worn by many throughout history, mainly used in wartime as an effort to intimidate one’s enemies.  Gradually the style became somewhat ‘mainstream’ after it’s more common use in punk culture.